The Flowering Poinsettia & Its Care

Find this article at:
go.ncsu.edu/readext?758613
— Written By Daniel Simpson and last updated by Tamara Carawan 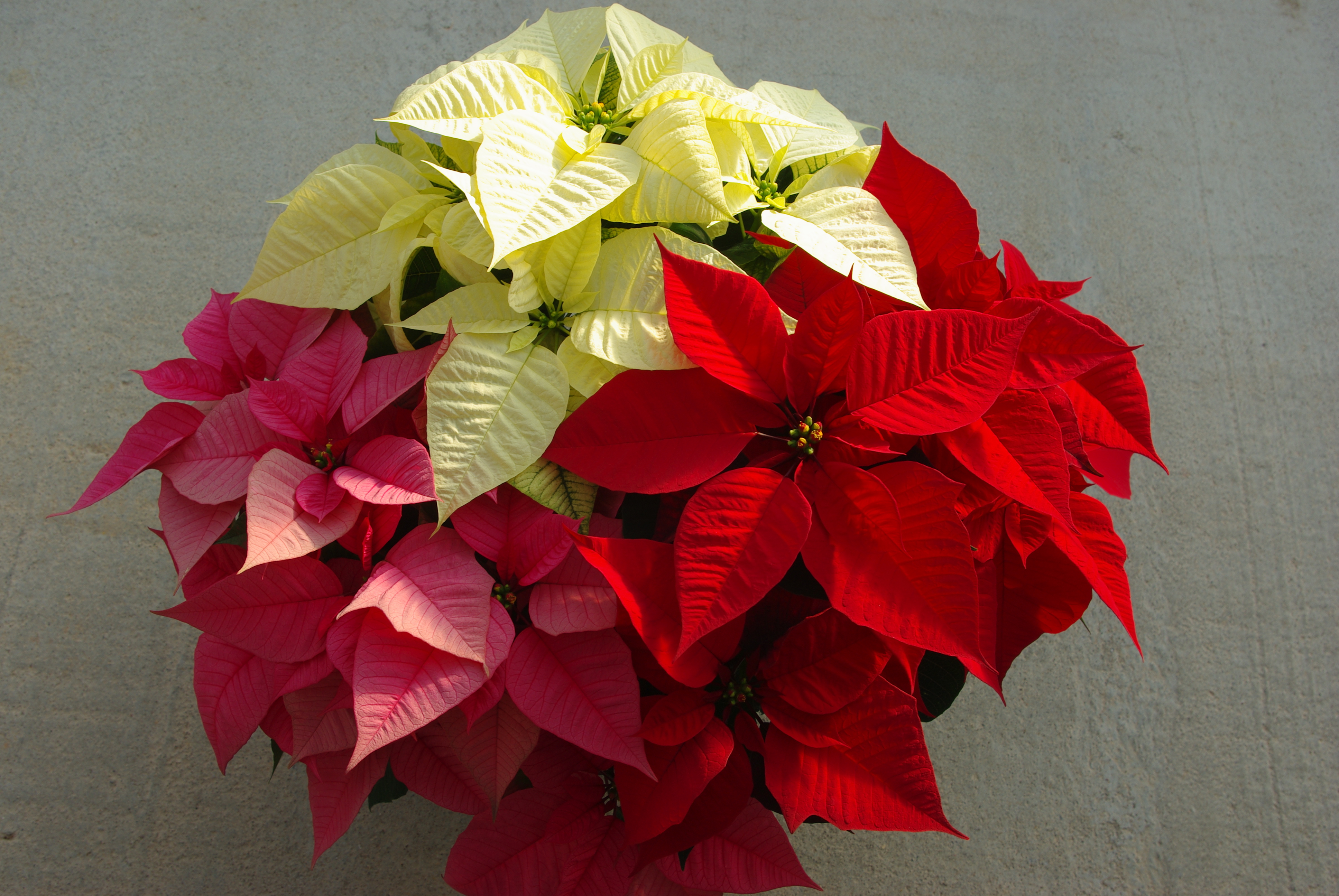 History of the Poinsettia

The poinsettia has a long history of cultivation starting with the Aztecs in Mexico. The poinsettia is called cuetlaxochitl by Native Americans and this woody shrub to small tree is native to the tropical areas of southern Mexico and Central America. The Aztecs made a reddish dye from the bracts and a medicinal preparation from the latex. It was widely cultivated in gardens.

In the 17th century, Franciscan priests began using the flower in the Fiesta of Santa Pesebre nativity procession. Since the plant flowered naturally during the Christmas season, it became readily linked with the holiday.

The poinsettia was introduced to the United States in 1825 by Joel Poinsett, the first U.S. ambassador to Mexico. The name poinsettia is derived from his name. The botanical name for the poinsettia is Euphorbia pulcherrima.

Albert Ecke began growing poinsettias as a cut flower after moving to Hollywood in 1906 and starting a cut flower farm. After moving to Encinitas, CA, the Ecke family focused on field grown poinsettia mother plants, which were shipped throughout the country via railroad box cars.

According to the University of Colorado, active breeding of the poinsettia began in the 1950s in an effort to develop cultivars that would retain their leaves and bracts for a longer period. Early breeding efforts included those of Mikkelsen of Ohio (Mikkelsen series), the Heggs of Norway (Hegg series), as well as those of the Ecke family (Eckespoint series). The Fischer family, a German breeder, has also contributed many cultivars to the poinsettia tradition. These breeding programs focused on stronger stems, leaf and bract retention, multiple branching, earlier blooming, and color variation.

Poinsettias are an easy to care for flowering plants that should easily last for the entire Christmas holiday season with a few basic suggestions.

Place the plants in a well-lit location. Poinsettias generally do best at the same temperatures that most people keep their homes in the winter (60 to 68°F). Cold temperatures below 55°F will damage these tropical plants.

Water when needed, which is usually when the surface of the potting soil feels dry, but the plant still feels a bit heavy when picked up. If the plants dry out too much, they will lose their lower leaves. Drying out is probably the main reason plants die early in the home. For best results, the foil or plastic wrapper should be removed from the pot to promote proper drainage. Use a catch basin to contain excess water that may drain from the pot.

In a good location with proper care, many homeowners report that their plants will last until spring. Poinsettias will continue to grow outside of the holiday season, but plants will require some heavy pruning in the spring and routine care during the year. If you would like to learn more about growing poinsettias and the nursery industry, then visit the NC State Extension Poinsettia Web Portal.

For more information on this and related subjects, you can contact Daniel Simpson at daniel_simspon@ncsu.edu or 252-745-4121.